Building 3-dimensional images of the nuclei in a section. 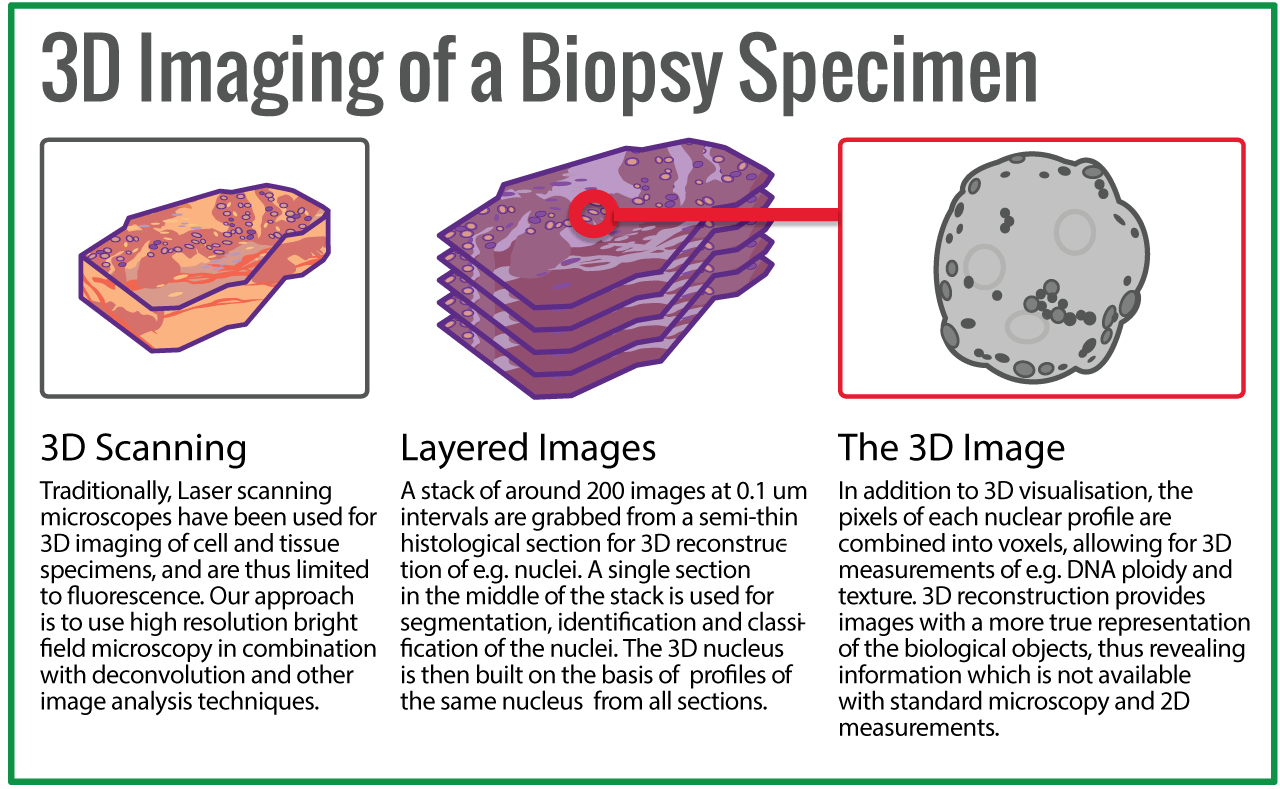 DNA ploidy- and Nucleotyping analyses in sections are limited to 2-dimensional images, whereas the world, as we know, is 3-dimentional. Rather than analyzing a projected 2-dimensional chromatin structure (or ploidy of a cut nucleus), we should instead study the true 3-dimensional structure.

Confocal laser scan microscopy has traditionally been used to create 3D images of cell and tissue specimens, but the method is limited to fluorescence, and thus strongly limited with respect to structural analysis. Our approach is to use a standard high-resolution light microscope with penetrating light, combined with deconvolution and other image analysis techniques. We capture about 200 optical slices of each nucleus with 0.1 µm intervals, from a semi-thick histological section stained using the Feulgen-Schiff technique. Based on a section from the middle of the series, we segment and classify the nucleus and build 3-dimensional images based on the nucleus profile from all of the sections the nucleus is represented in. We have demonstrated that the technique works and have successfully produced several 3-dimensional images of nuclei.

This work will now be continued under the MEDIMA program together with Department of Informatics at the University of Oslo.