For nearly one hundred years, a dominant hypothesis about carcinogenesis has been that acquired genetic changes restricted to one or a few somatic cells bring about their neoplastic transformation (the somatic mutation theory of cancer).

Why do cancer cytogenetics? 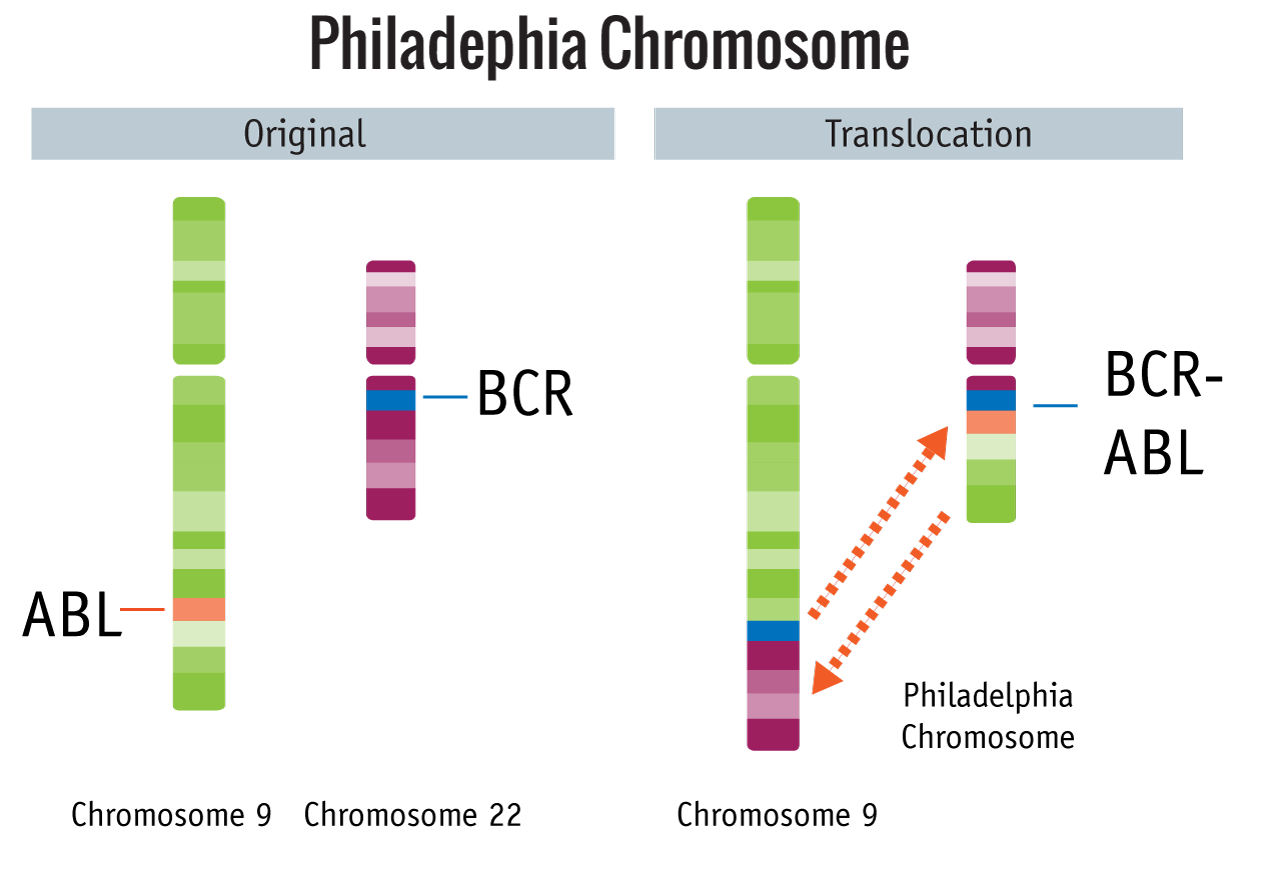 In 1960, solid evidence in favor of this theory was for the first time provided when the same small marker chromosome (the Philadelphia (Ph) chromosome, see figure) was found in bone marrow cells from three patients with chronic myeloid leukemia. In the decades that followed, numerous examples of first other leukemias, then lymphomas and solid tumors with specific acquired chromosomal abnormalities were detected. Indeed, most both benign and malignant neoplasias examined diligently were found to be characterized by more or less specific, but always non-random, chromosomal aberration patterns, whereas non-neoplastic cells never had similar chromosome changes.

In search of the best treatments

To find out which chromosome aberrations characterized which tumor types therefore emerged as a very fruitful field of research. In principle, three types of aberrations were found: those involving balanced interchanges of chromosomal material (translocations, insertions, inversions), those leading to loss of genomic material (deletions, unbalanced translocations, losses of whole chromosome copies), and those leading to gain of genomic material (duplications, unbalanced translocations, gains of whole chromosome copies, amplifications). The aberration pattern further gave clues as to whether the neoplasm was primarily monoclonal or polyclonal (in the latter case, more than one abnormal clone was seen but no single aberration seemed to be common to the various clones) or whether clonal evolution resulted in ever more aberrations being accumulated (the usual situation) or a reduction of initial clonal heterogeneity (the situation detected in some carcinomas examined cytogenetically on more than one occasion). Diagnostically, one could see based on the sampled cells’ karyotype whether a disease was neoplastic or not, in many instances whether it was malignant or benign, and which particular type of neoplasia was present. As more data accumulated and were correlated with relevant clinical parameters, it was also discovered that the tumor karyotype could be an important prognostic parameter and one that could be used to decide which treatment was optimal in individual cancer cases. In some situations (the use of imatinib mesylate in Ph-positive leukemia is the prime example), new treatment could even be tailor-made to counteract the very molecular consequences of the primary chromosomal change.

The main aim of our research is to first obtain by cytogenetic screening methods an overview of the genomic changes acquired by the neoplastic cells in a given tumor entity, then we gradually extend the search for the pathogenetic, diagnostic, and prognostic meaning of these changes to the molecular level. This research strategy has been pursued by Sverre Heim for over a quarter of a century and has led to the publication of more than 400 scientific articles on cancer cytogenetics. We currently focus in the main on three subprojects within the said strategy, namely the study of ovarian tumors, the study of brain tumors, and the molecular characterization of gene-level consequences (fusion genes) of previously unknown cancer-associated translocations that we uncover during our cancer cytogenetic diagnostic work.